The Adventures of Baby Shower Shopping 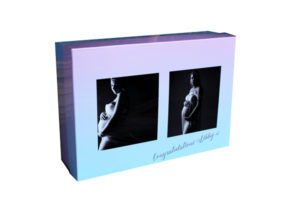 My nightmare began when the girls at work had the bright idea of putting me in charge of our friends  Baby Shower. Apparently, as I’m a Mum who’s recently returned to work after the children went to full time school, that this some how qualifies me as the best person to know what to buy. My heart sunk at the thought of the task ahead and I was not looking forward to all the eye rolling expressions I was going to get as I approached everyone in the office to put into yet another, collection. You can imagine in an office of just over thirty staff; It’s virtually someone’s Birthday, Leaving, Engagement, Baby Shower, Wedding, Christening, Bar Mitzvah and Naming Ceremony on a weekly basis.

However, once given a job I will always do it to the best of my ability and endeavour to produce the best and most unique Baby Shower gift they could ever imagine. Besides, as the Mum in question is related to the boss, I thought it a wise move to give it my full attention, especially if I want to impress the powers that be.

Once I achieved the difficult job of squeezing blood out of stone, otherwise known as getting my colleagues to part with their well-earned cash, I at least knew how much money I had to work with. To my utter amazement my work friends were more generous than I gave them credit for, because we had raised £300.  Maybe the sun was shinning bright that day or maybe their hearts were skipping with joy at the thought of the arrival of a little baby, or maybe, like me, they thought they had better make an effort and get the bosses niece a decent present or else there’ll be trouble.

Now, with a large sum of money I could have made life easy for myself and bought one large essential item and had it bought and wrapped by tea time. However, in my eagerness to show case my full potential as a worthwhile employee and nothing at all to do with being considered for that promotion, I thought it would be a much nicer idea to spend time and get a more thoughtful and unusual gift.  If I had known how many hours sleep, I was going to lose worrying though, I might have gone with plan A.

Determined, to get the best baby shower gift ever, I went to the one place anyone would go………. GOOGLE. Of course this wonderful source is really only as good as the person operating it, so not sure it was as helpful as it could have been. Hard work and perseverance does pay off though because I eventually came up with a bright idea that was going to get me that pay rise and amaze our Mum to be with a memorable gift that she can cherish forever.

The first and hopefully the winning idea, was an unusual gift I found on one of my late night web searches. The personalised keepsake memory box, which was going to be used to hold the array of special and essentials items for both Mum and baby, that I of course had no idea what that was going to consist of, at this present time, but I’ll worry about another day. I was quite excited about this gift box, as I was able to help out with the design and choose the colours, and the wording, which will mention who it was from – in case they forget who arranged this amazing gift. Lucky for me our Mum had some celebrity style professional mother and bump photos taken, that looked incredible.  These fantastic photos were going to earn me some extra brownie points as I ask if I could use them on the box.  I also managed to get my hands on a copy of the scan photo which was put on the inside of the lid with a message.  It doesn’t end there because this beautiful box will not only hold all the gifts in one fabulous bundle but once you’ve finished using it as a gift box, the stylish storage box can be used to keep all the baby’s mementos, which will be in their droves as the years go on. I’m actually starting to wish I had one of these for my children.  As it stands all my kids important keepsakes are stuffed in drawers and cupboards all over the house.

With the first perfect gift well underway, all I had to do now was make a start on the contents and fill it with all the things a pregnant women could ask for. Given my initial instinct of nice things contain alcohol and chocolate, I had to dig a bit deeper to come up with something more suitable. Trying hard to reach the far corners of my mind to a time when I was in a similar situation, which although at first sent a little shiver of fear down my spine, but then it became quite useful as I remembered all the things that I would have wanted.

The essentials for Mum to be was relatively easy with a spa kit to treat your self with, to make yourself feel and smell fabulous while a gorgeous smelling candle burning away as you relax and ‘wile away the hours’ during the maternity leave, all of which I found on the good old trusty Amazon Web Site. Whilst on there I was looking for gift ideas and found an unusual gift set that included a kick counter bracelet, a baby candle and a very clever idea of planting some seeds three months before the due date to have fresh growing flowers around the arrival of the baby. Simple but sweet and something that would make even the hardened hearts melt a little and maybe even put the management into a softer mood and perhaps make them open for discussions on pay rises and such

I did consider writing a handbook for my dear friend who was about to enter into the wonderful if not befuddling world of motherhood, to pass on all those valuable lessons that I have learnt but I didn’t want to scare the poor thing so I decided to buy one off the internet which maybe a little more tactful. There was many to choose from, but I liked ‘The New Mums Notebook’ which is a funny down to earth reassuring guidebook, I found on Amazon. Besides, the pink cover helped nicely to bring a bit of bight colour to the presentation.  From the same company that made the beautiful box I also found a personalised recipe book full of practical meals for mum to be to make and freeze before the birth.

The babies essentials was also pretty easy with a long list of toiletries such as nappies, wipes, cotton wool, nappy cream, teething ring, dummy, shampoo, baby bath, bath sponge, baby oil and maybe even a cute baby towel with a cute animal shaped head on it to help bring a little cuteness to the more practical gifts.

Of course, babies live in baby grows and vests for the first few months or years in my case, whilst you’re adjusting to this new way of living and so a trip to Mothercare to get handful of those was always on the cards. Along with bibs and muslins, which are also items that will be a constant attendee of the washing cycle in a new mum’s home. Baby gifts would not be the same if they didn’t have an adorable fluffy blanket with the loveable face of a farm animal face on it, and the sweetest looking booties that will make the whole office release a unanimous ‘Arrrrr’ sound when they see it.

Although the baby wont be doing anything but eating, sleeping and the not so nice realities of crying and toileting it might be nice to get a cuddly toy with the soft blankie style material that all babies love to feel and often become attached to. Also, a bright coloured, soft, noisy toy that can attach to prams, cots and car seats and be a continuous form of amusement to the new arrival.

To finish my marvellous Baby Shower gift off I needed something that Mum will love but will also show that I would go the extra mile. My bright idea was to find the photographer she had her maternity sitting with and purchase a voucher for a photo shoot for after the birth and have some beautiful family, mother and baby photos taken. Along with the memory box this would make a long-lasting reminder of her Baby Shower gift from all her work colleagues.

For my first time being in charge of organising the office Baby Shower gift I thought I did amazingly well, and I would love to be able to say to you right now that I got that promotion and pay rise but alas I did not. In fact shortly after that my job became redundant, but its not all bad, I’ve kept in contact with friends from there and they still talk today about the amazing gift I had arranged and how the bosses niece proudly displays her great mother and baby photos and the beautiful memory box that sits lovingly on her child’s wardrobe holding all the keepsakes accumulated their little life so far.